B.OLD: A Celebration of Age and Experience

In 2020 the Queensland Department of Communities, Disability Services and Seniors called for nominations of Queensland seniors who are active in the community.  I decided to nominate our Scout Leader, Jeff Carrier (Chil).  I nominated Chil because he is an extraordinary leader. Today, at the age of 82, he is still actively participating in Scouting, being there at every Scout night and nearly every camp. If we are going fishing or bike riding, abseiling or rock climbing or hiking, he joins in and always helps us to improve in some way. I suppose that’s what 82 years of experiences does.

In my nomination I said: “Chil runs the most amazing Scout meetings. He has loads of great ideas for activities. But I really want to tell the story of how he helped me to organise and run the bike hike I did for my blue cord (Explorer Level Scouting Badge). I organised for five Scouts to cycle along the Brisbane Valley Rail Trail for two days and two nights. Chil helped me with all the logistics of the planning, including Scout approvals and risk assessment. And of course he also cycled the journey itself (staying about half an hour behind us so that we could test our skills of independence), along 50km of cycle track, much of it pretty rough. 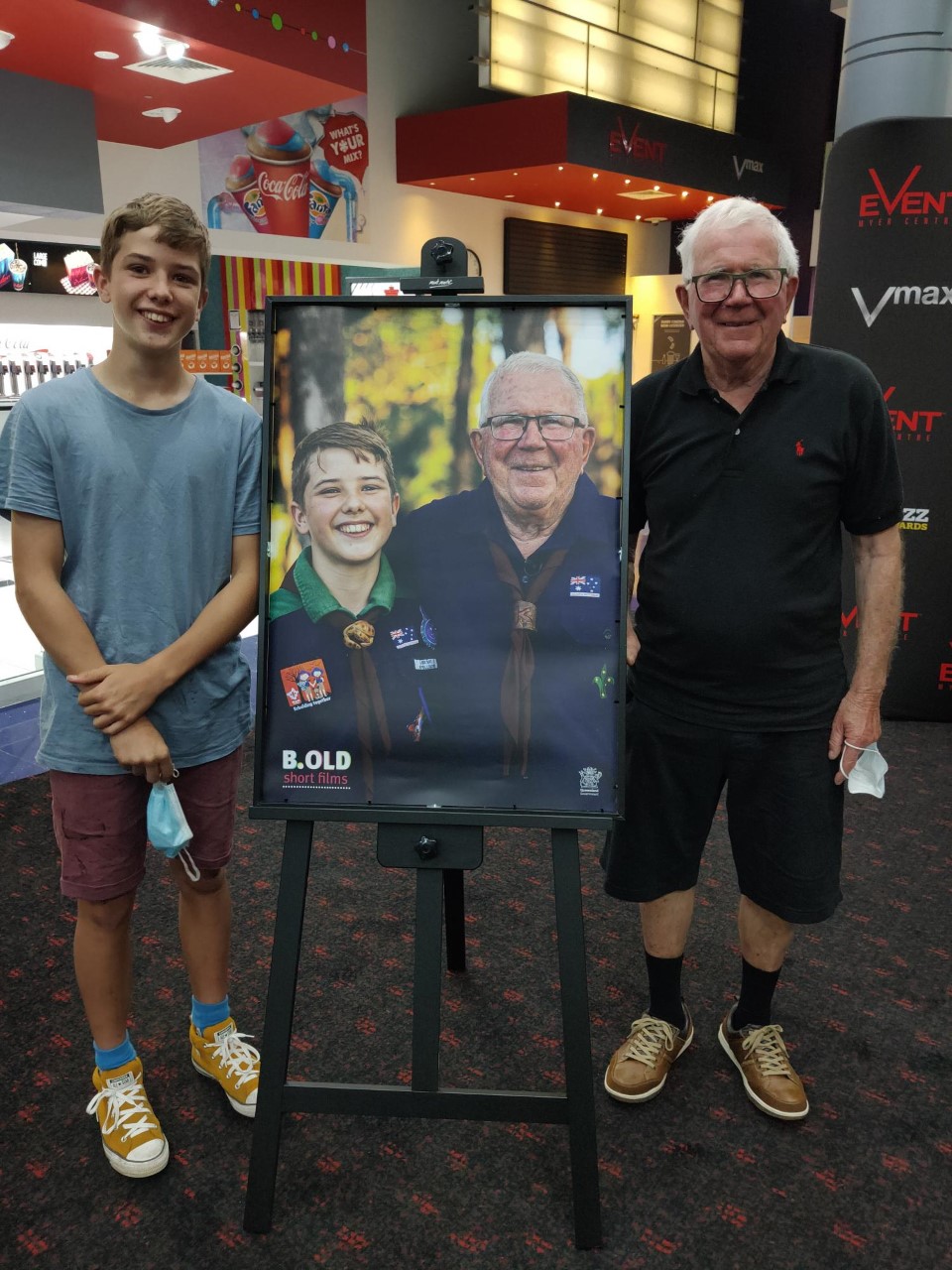 We camped at two locations along the route: the Pony Club at Toogoolawah and the Esk showground. Although there were toilets at both places, there were few other facilities. At Esk, the wind was so strong our stoves kept blowing out. Chil helped us to build a shelter that allowed us to cook our dinner. Chil is always like this. He always looks out for the Scouts. He organises camps and hikes for us all the time.”  Almost two years on from this nomination I still feel the same way about Chil.

Chil was one of the ten winners of the B.OLD nominations and his prize was having a short film made about him.  Last week we held a special screening of Chil’s film at Scouts.  Some 50 Kenmore Scouts and parents and other Leaders all came to the Den for the screening and a special cooking night. At the screening, our District Commissioner, James ‘Fred’ Cuneo, spoke of his time as one of Chil’s Scouts.  Fred said: “There are not too many Leaders in Scouting that engage youth like Chil does. I was a Scout at Kenmore 24 years ago and my time with Chil cemented my love for Scouting. It is amazing that 24 years later a short film can capture the exact same memories that I have”.

I would like to thank the people who made the film, which was shot during a very wet Scout camp on Bribie Island.  The film really shows how Chil makes our Scouting fun.  You can see the film by clicking the button below.