On the weekend of 5-6 February, several Bribie Scouts led by their Unit Leader, Jake Atkins, worked to build a Queenslander Patrol Tent on a raft and sleep on it for the night. Jake had been planning this as part of his Australian Scout Medallion Ceremony since he first joined the scout section and after 4 years, the plans finally came to fruition over the weekend at the Karingal dam.

The scouts worked through potential designs and several dry practice runs before the event, as well as working through the risks of sleeping on a raft and how to mitigate these. The design called for 12 drums, 22 spars of varying length from 2.5m to 6m and countless lashings, all supervised by a pioneering guide to ensure the safety of the participants.

The event was a resounding success with 3 scouts having a very peaceful sleep on the raft for the night. The next morning was the ASM presentation ceremony where many of the invitees got to check out the construction including the Chief Commissioner, Mr Daryl Scott, who also attended the ceremony. After the ceremony and of course required cake to follow, the scouts celebrated their success by ziplining over the dam for a few hours before the long task of undoing all the knots and lashings.

On the whole a fantastic effort by the scouts and one that I am sure will inspire bigger and better adventures in the future. 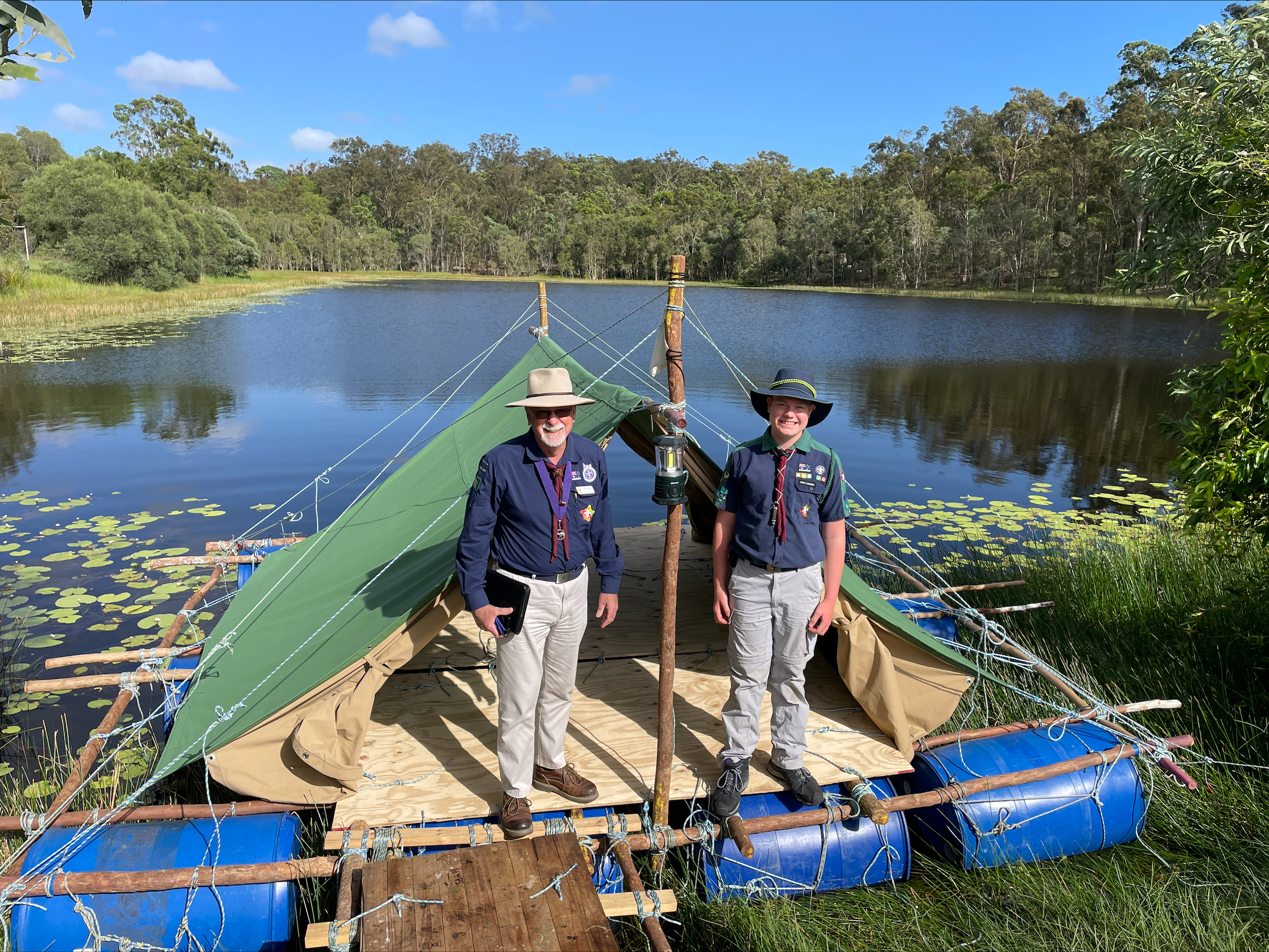