There were still lots of scout leaders that Que felt she had not had a chance to meet, and so when she heard that the Scout Section Skills Camp (Triple S) was on at Baden Powell Park, Samford, Que joined in the fun.  She met lots of scout leaders running lot of bases ranging from scouting skill type to heritage to archery.  At the camp, she met several other scout mascots, who unlike Que were not going on long journeys with a mission.  It rained throughout most of the camp, and Que had to make sure she did not get drenched as she was about to hop onto a plane to Townsville. 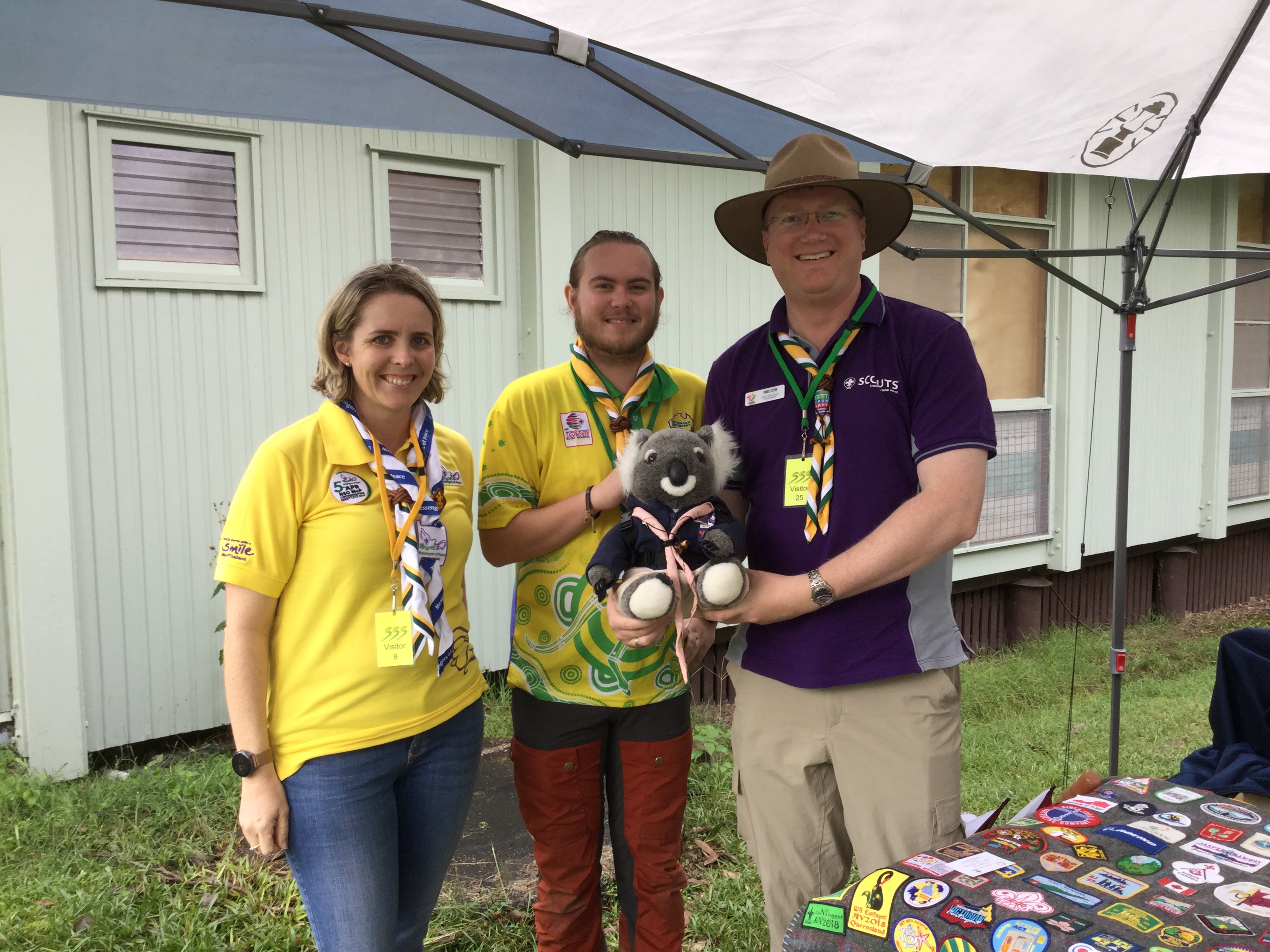