On a cold winter’s night Matilda Koala, arrived at Algester Scout Hall to attend the Archer District Training Meeting.  She was quite surprised to be greeted by lots of Cub and Joey Scouts who wanted to know who she was and then asked to take photos with her.  They seemed really interested in her designer rucksack with the New Scout Logo.  Once the youth members had gone home, she met with the adult leaders, got them to sign her log book and take a photo with her.  She also got to witness one of the leaders getting a “Personal Leader Advisor” parchment and badge.  Whilst there she had a chance to talk to a few new leaders and reacquaint herself with familiar faces.  Matilda found out that the district was originally established in 1978, and had closed in 2003, and recently re-formed in 2017.   Archer district named after the Archerfield homestead and pastoral station which was named after, and used to belong to a Michael Durrack, a tin miner from the Stanthorpe area in 1881.  As Matilda left, she got to see the leaders forming up outside the hall to play a game of battleships. 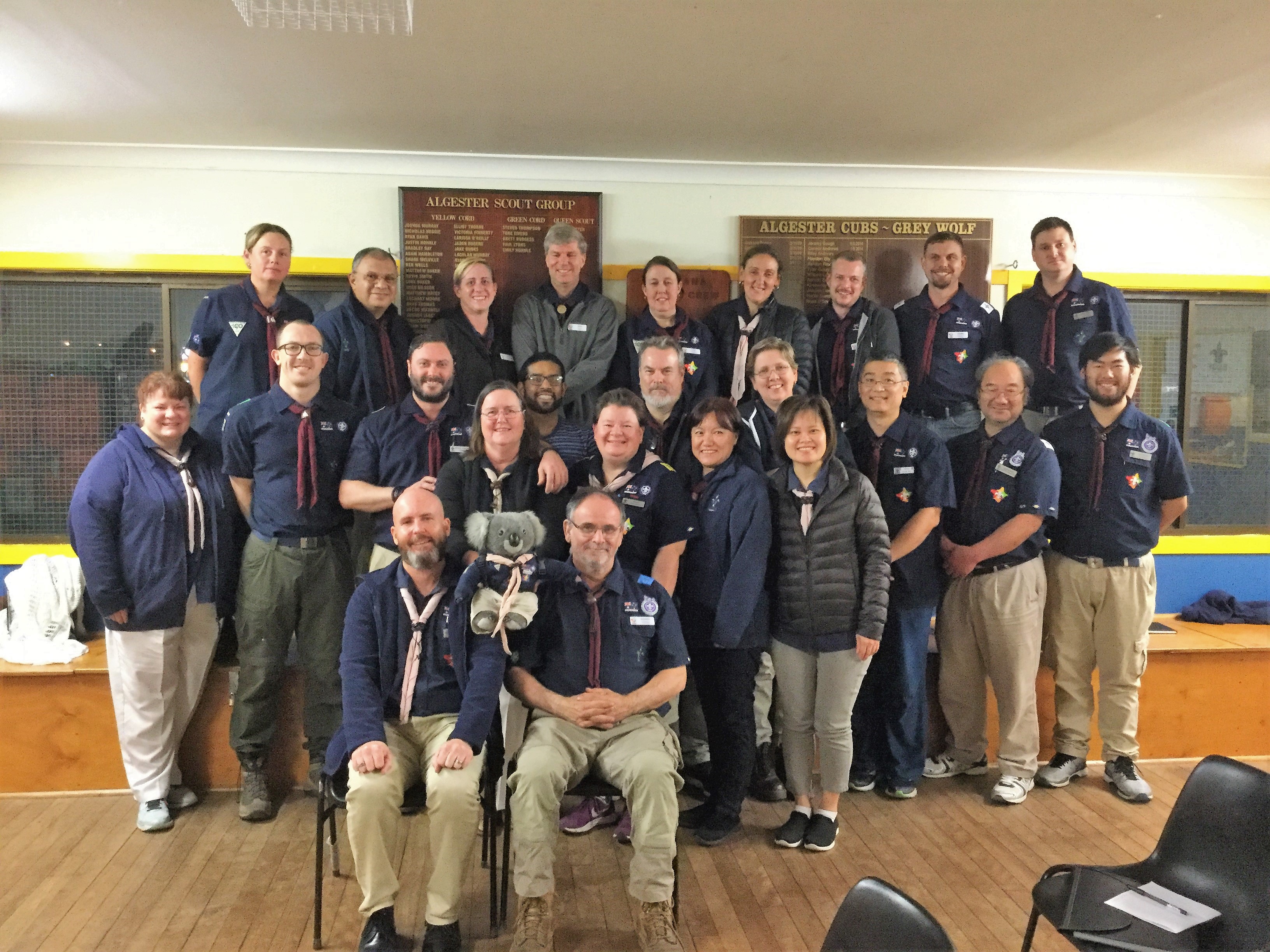