Matilda Koala reported that she had a wonderful night at the Gold Coast Region Wood Badge Centenary Function.  Whilst Que was attending a function in the bush, Matilda was on a beach across a lagoon from Sea World.   Despite the bush fires in the Gold Coast hinterland, the wind at Broadwater died down for the evening.  There was a food truck which served dinner, several speeches were given, which included one by the Region Commissioner, Steve Marshall, and another on scouting history by Deborah Phillips, Group Leader, Parkwood Heights Scout Group.  A scouting trivia activity was also run which was quite fun.  One of the highlights was the presentation of the Wood Badge to Brad Pledge, Scout Leader, Labrador Scout Group, and Deborah Phillips.

As Matilda was eating her cake, she looked up and saw Que on the projector screen, who was video conferencing in from BP Park, Samford, and other people were also speaking from locations such as Townsville, Sydney and Brunei.  The Scouts Own on the water edge was special with several songs about Gilwell and the Scout Hymn sung.  The campfire, which was run by Gill Hall, Asst Region Commissioner (Adult Training and Development) went over well and was graced by a mock fire video (i.e., due to a total fire ban).

Sitting in the beach, and looking across the water, Matilda reflected back on her travels over the last few months.  She thought of all the wonderful adults she met who had volunteered their time to help develop Australia’s young people.  As she watched the many boats coming and going, she thought that scouting was like to ship, where the youth members are passengers, and the adult leaders and volunteers are the crew keeping it on course.  As she thought about the future, she reckoned this was one crew that she was grateful to be with. 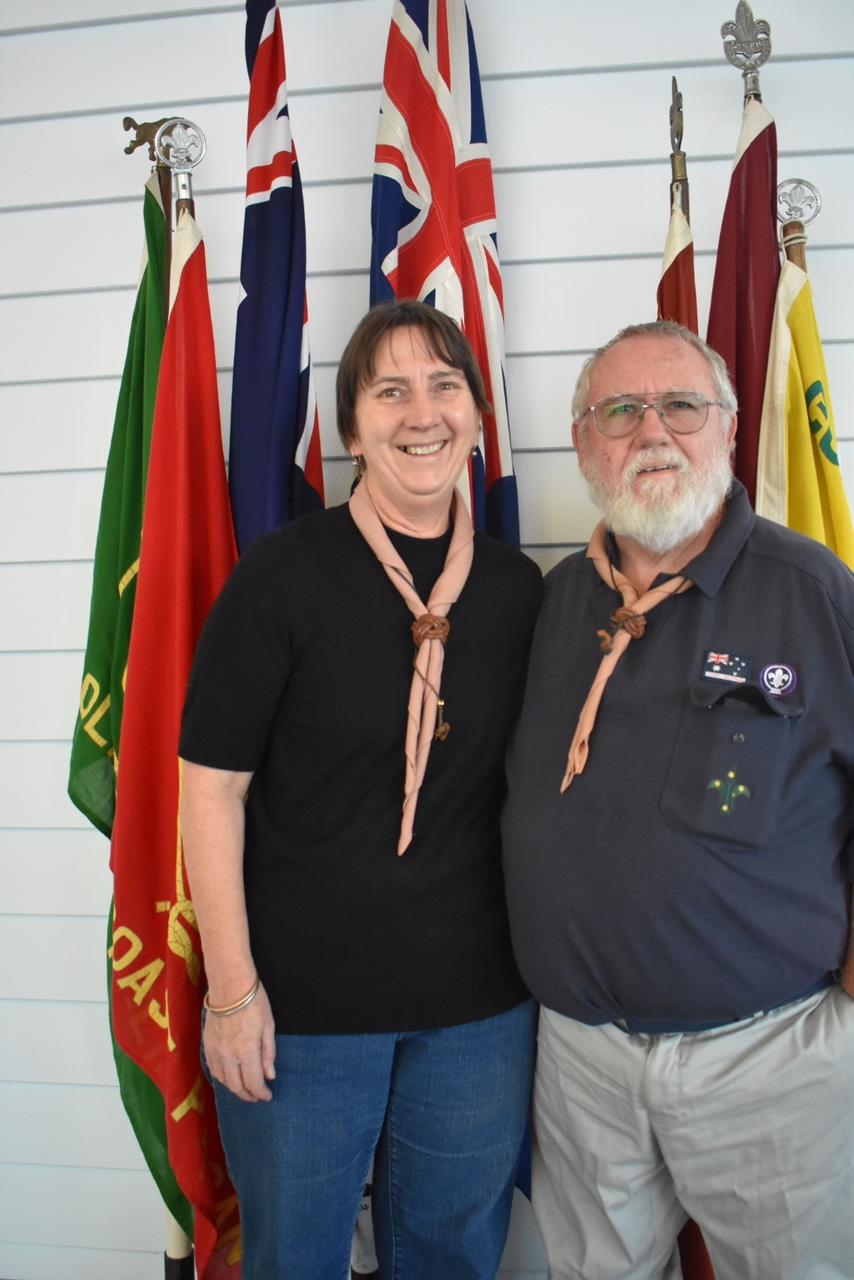