Tales From Our Heritage: Scouting’s Freedom

As we reach the end of another year of Scouting, it is time to review and reflect on activities of the past year as we set our goals for the coming year.  Past editions of Scout magazines have included Christmas messages and the 1947 edition includes an article on “Scouting’s Freedom” and some of the highlights of that year.

The Adventure in Scouting continues today. 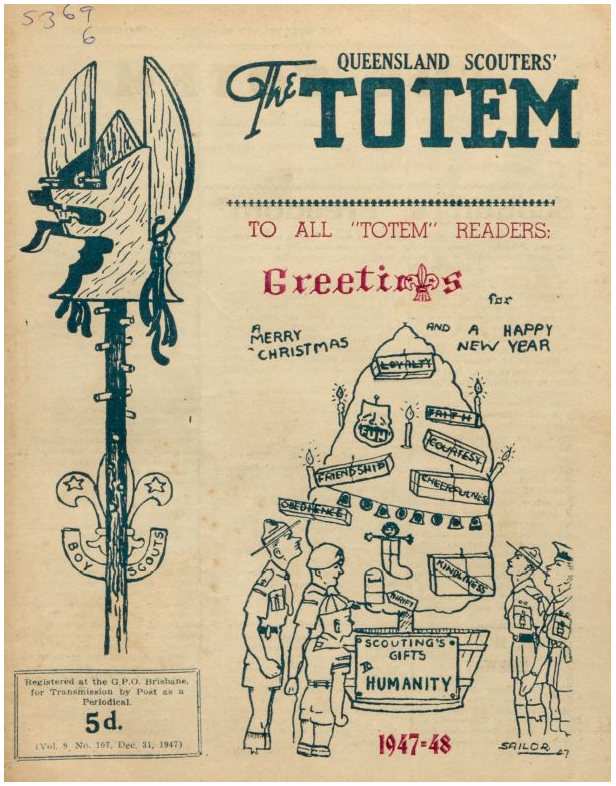 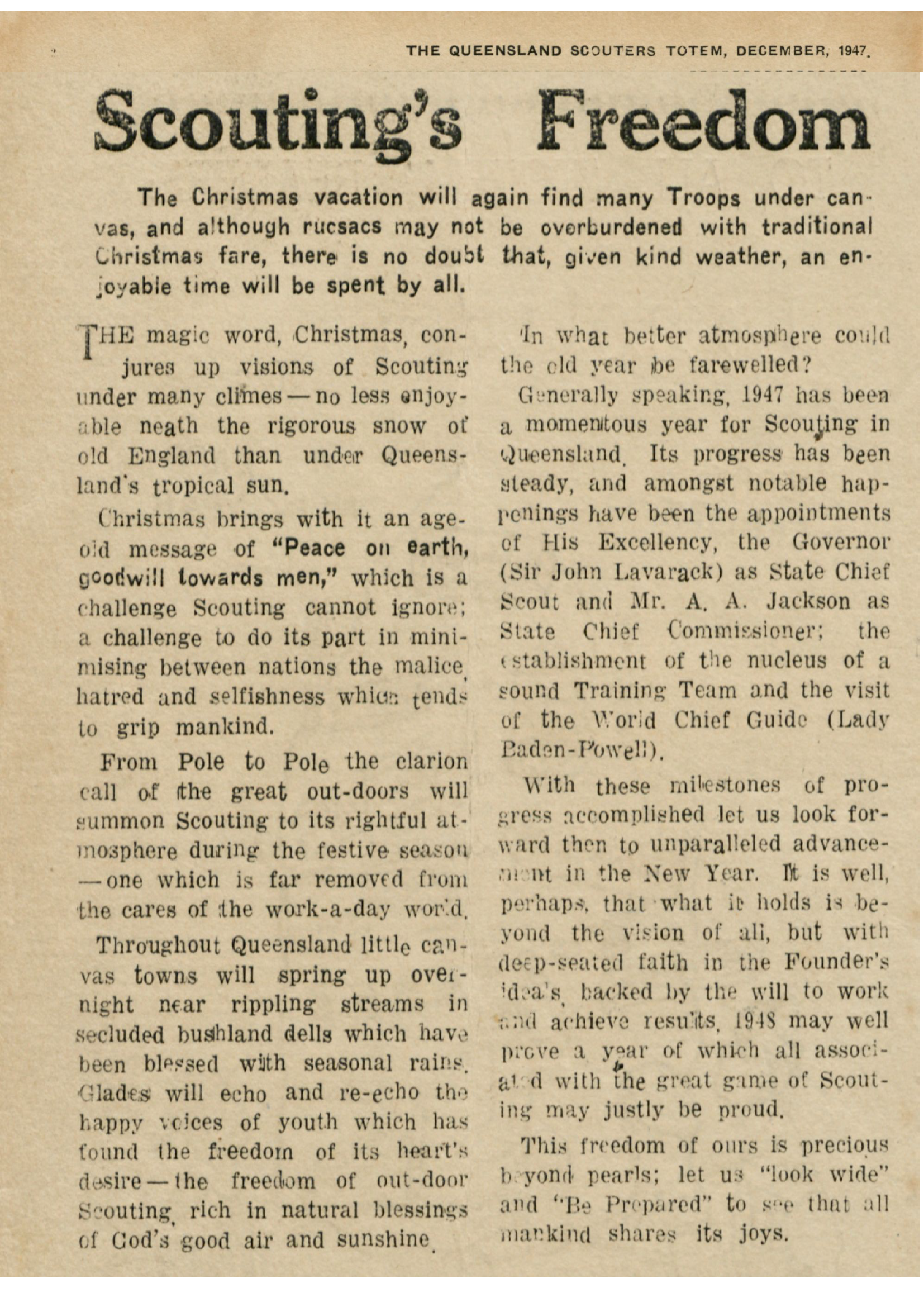 The Christmas vacation will again find many Troops under canvas, and although rucsacs may not be overburdened with traditional Christmas fare, there is no doubt that, given kind weather, an enjoyable time will be spent by all.

The magic word, Christmas, conjures up visions of Scouting under many climes – no less enjoyable neath the rigorous snow of old England than under Queensland’s tropical sun.

Christmas brings with it an age-old message of “Peace on earth, goodwill towards men,” which is a challenge Scouting cannot ignore; a challenge to do its part in minimising between nations the malice hatred and selfishness which tends to grip mankind.

From Pole to Pole the clarion call of the great out-doors will summon Scouting to it’s rightful atmosphere during the festive season – one which is far removed from the cares of the work-a-day world,

Throughout Queensland little canvas towns will spring up overnight near rippling streams in secluded bushland dells which has found the freedom of it’s heart’s desire – the freedom of out-door Scouting, rich in natural blessings of God’s good air and sunshine.

In what better atmosphere could the old year be farewelled?

Generally speaking, 1947 has been a momentous year for Scouting in Queensland. Its progress has been steady, and amongst notable happenings have been the appointments of His Excellency, the Governor (Sir John Lavarack) as State Chief Scout and Mr A. A. Jackson as State Chief Commissioner; the establishment of the nucleus of a sound Training Team and the visit of the World Chief Guide (Lady Baden-Powell).

With these milestones of progress accomplished let us look forward then to unparalleled advancements in the New Year. It is well, perhaps, that what it holds is beyond the vision of ali, but with deep-seated faith in the Founder’s ideas, backed by the will to work and achieve results, 1948 may well prove a year of which all associated with the great game of Scouting may justly be proud. This freedom of ours is precious beyond pearls; let us “look wide” and “Be Prepared” to see that all mankind shares its joys.